Before Christmas 2018, I took part in a university trip to Bristol to visit SS Great Britain. Admittedly, my initial desire to participate was based on getting out of the college for the day and stretching my legs; the idea of finding a boat interesting is not something that particularly took my fancy. All I knew was that Brunel was involved – somehow – and that was enough for me, such is my loyalty to the engineer due to his many projects in the west-country (including the Brunel Bridge that spanned the Tamar).

SS Great Britain was designed by Brunel in the 1840s, at the beginning of the Victorian age. For a decade – from 1845-1854 – it was the longest passenger ship in the entire world (I type ‘it’, because the custom of referring to a boat as a female has always slightly annoyed me). The size was clearly impressive, and visitors were allowed to go beneath to walk around the bottom of the ship in a dry dock. Such was the cost in the project that it forced the owners to go bust in 1846, and soon enough the boat was used for other purposes: such as carting immigrants to Australia. By the 1880s the ship was retired to the far-flung reaches of the empire – the Falklands – where it was used as a storage facility, before being scuttled in the 1930s.

But this is where the story really gets interesting: after lying in a watery abandoned grave for three decades Sir Jack Hayward paid for the boat to be raised and brought back to the UK. The exhibit does a great job of telling this part of the journey, and the footage of the waving, cheering crowds from the 1970s – as SS Great Britain is brought back into Bristol – was heartening. 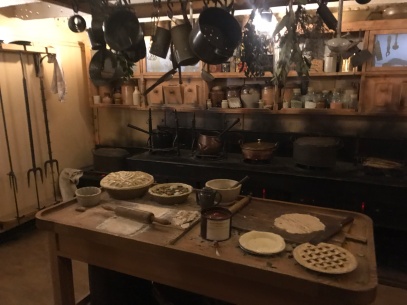 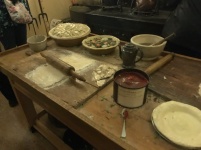 The entire exhibit – the boat and the Brunel segment – is fantastically set-out and maintained. It was able to fascinate a Victorian/industrial/mechanical sceptic and hold my attention for a couple of hours. Clearly a lot of thought and dedication has gone into constructing such an engaging display, and this was particularly true of the newer addition of the Brunel exhibit. We were able to check out the various rooms below decks, and on the day of our visit the dining hall had been booked for a Christmas party by some local organisation: it brought the room to life, and provided an opportunity to imagine just how the boat would have functioned back in its pomp over 150 years ago.

Such was my turnaround in terms of how I view the industrial era, I am now considering visiting other sites and exhibits associated with this period of history. Next on the list: one of those wheals that seem dotted around the Cornish landscape. Good old Brunel, the gift that never stops giving.

a vision for an independent, non-denominational monastic order and dispersed community based in north Cornwall, exploring the earliest Celtic and Jewish expressions of Christianity with a view to finding the ancient paths for today.

Books, writing, reading, words and images. I love them; do you?

Writing, the Universe and whatever occurs to me

Renaissance Chronicles
There and Safely Back Again

Celebrating history one afternoon tea at a time