As noted in the last post (Napoleon the Bogeyman) I’ve spent the past few weeks editing a short book on the history of the Blue Monkey pub (otherwise known as the St. Budeaux Inn). Whilst doing this I’ve been gathering various photographs and came across a file containing a cache taken on a nice summer’s day back in July 2017; these highlight the contrast between the demolished remaining pieces of the old pub and the rise of nature that is now reclaiming the land.

The pub has a long history that stretches back to the 18th Century (and possibly earlier). It served a crucial point of the local community of St. Budeaux from this period into the 20th Century; by the 1990s its reputation had become more sullied, especially due to a raid from the police due to its connection to drugs. By 2000 it was closed and the building was at the mercy of arsonists, before it was finally demolished in 2007. There have been various plans for new building works on the site, however, each one has failed to obtain the required planning permission. And so, the ruins remain visible, with nature slowly reclaiming the area with growth of weeds and shrubs. 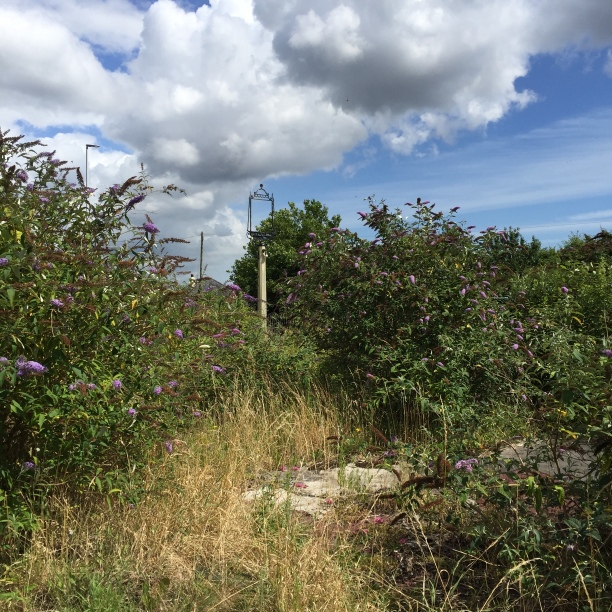 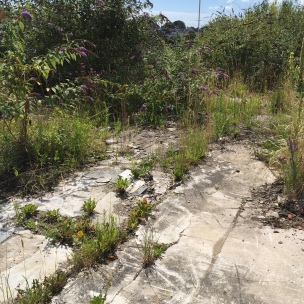 Hopefully I will be finished editing the history over the Easter period; it’ll give me a chance to upload more material to this blog about the interesting history of this one, demolished pub.

7 thoughts on “The Ruins of the Blue Monkey”