Last week the History team at South Devon College held its very first history conference. The idea behind this was to replicate something similar to the “Research Showcases” that are held every May as part of the wider programme with University Centre South Devon. Such was our enthusiasm with the talks in these showcases, it led to an attempt to put on something more regular throughout the year.

As the schedule reveals, it was a conference packed with talks; ranging from the local to further afield, from Brixham to Japan. Each talk was engaging, starting from Kevin Dixon’s incredible knowledge of local history (‘Movies of Torbay’), Plymouth University’s Darren Aoki’s assessment of the Namamugi Affair, through to the talks given by former University Centre South Devon students Bethany Rice, Keri Crowley, and Natalie Morgan. It is fantastic to see the continuing development of these former students, particularly in their intelligent ability to not only analyse and evaluate, but to also put their finger on significant bits of history. It is a keen historian’s sense: figuring out what is relevant and what one should focus on, and ultimately, figuring out what will engage an audience. 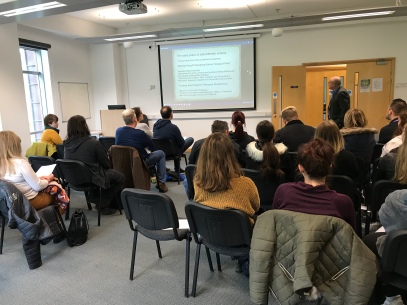 The History team was pleased with the conference and we immediately pencilled in a date for a sequel in February 2020. However, one issue is the actual name of the event. At first, it was labelled a local history conference, but the schedule points confusion at such a notion. We ended calling it the ‘South Devon History Conference’, but this isn’t entirely satisfactory. Perhaps the next month or so will bring forth a different title. As a fan of comic-books, I quite like the manner in which comic conventions are hailed as “cons”: perhaps February 2020 will be a chance to label it His-Con II?