Since moving to Torbay I’ve enjoyed a lot of locations that are on offer: the sandy beaches, the fantastic views, the woodland walks. But yet a highlight – in an odd way – was the walk through Paignton’s Crossways Shopping Centre. No, this wasn’t because of the shops available that enabled me to indulge in a consumerist splurge, but rather, because of its absence of shops. For Crossways Shopping Centre is no longer an active zone of the town centre and is instead something of a dead zone.

Crossways was first constructed in the 1960s during that optimistic wave of post-war planning that attempted to create a better tomorrow. And, as with much of this post-war planning, the reality was much different. 40 miles away down the road is the larger example of Plymouth, which provides an example of how difficult it was to realise the plans of post-war construction; although Paignton itself was mostly spared from such a high level of realignment. 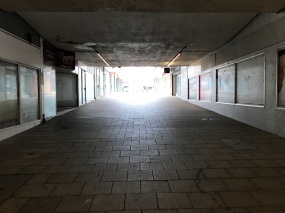 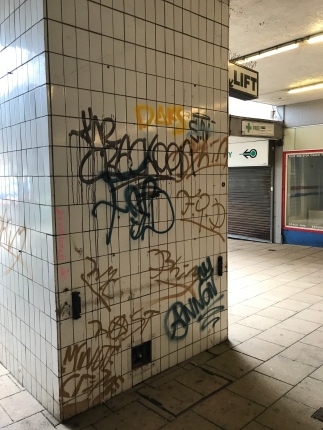 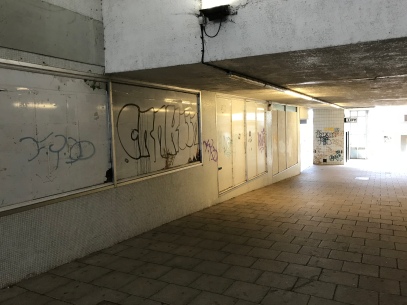 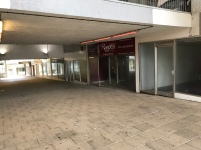 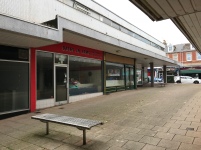 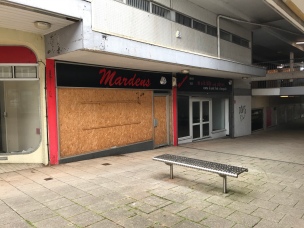 By the turn of the 21st Century Crossways was a shopping precinct on the decline and by the time of my visit earlier this year the entire zone was a ghost town. No active shop remains, bar for a brave, defiant cafe at the bottom near the entrance. All of this means that it conforms to the ideas of ‘ruins photography’, and is actually an example of a further sub category: ‘dead malls‘, otherwise known as ‘ghost malls’. This sample of photographs highlights the vacant nature of Crossways.

One thought on “Another Tale of Urban Decay: Paignton’s Crossways”