I spent a couple of days of the half-term break to complete the last remaining lesson plans and resources for the AQA A-level module ‘Democracy & Nazism: Germany 1918-1945’. It is a module that I started with the current Year 2 cohort back in September 2018, and putting these final bits together means that I have a full two-years worth of resources together. Phew! This is the sweet result of lots and lots of hours outside of college hours!

The final section of the course involves Germany during the Second World War. One of the particular reasons why I chose this one was because of the special focus it placed on the Holocaust (when compared to other specs which massively curtail this element of Nazi/European history), but my main focus recently has been on how the war impacted German society and the economy. Which brought across Albert Speer.

As a long-time reader into Nazi history the name of Speer has cropped up several times, but this is the first time that I have covered him in the classroom. He is an intriguing historical character: he came into the Nazi hierarchy due to his architectural talents and vision, particularly with the development of the epic displays utilised at Nuremberg Rallies (the so-called ‘Cathedral of Light”). Hitler took a clear shine to him and tasked him with the re-design of Berlin as the large and looming new capital of an enlarged empire: Germania! However, during the war Hitler found new jobs for Speer’s energy: in re-igniting the flailing economy.

Germany had prepared for war in the form of 1936’s Four Year Plan. The intention was to make the country ready for war in 1940, with war actually unexpectedly breaking out in 1939 with the invasion of Poland. Despite the war spreading to western Europe in 1940, Hitler did not mobilise the entire economy in the form of a ‘Total War’ effort. In many ways, he could have been correct, for Germany managed to easily defeat the western powers (with France falling in June 1940), and by the beginning of 1941 he reigned supreme with only a reduced Britain to object.

However, the invasion of the USSR in June 1941 (Operation Barbarossa) pushed the war into a world-wide conflict. Hitler massively gambled that the Russians could be defeated by the end of 1941, however, the USSR held on, which meant that when they re-grouped in early 1942 the conclusion to the war would be postponed indefinitely. Furthermore, in December 1941 Hitler took the decision to declare war on the USA. Now, at the beginning of 1942, Germany faced a world war on all fronts that would need the economy to expand in order to build the tanks, planes, and guns that were needed.

There were significant problems with the war-time economy: Goering (the man in charge of the Four Year Plan) lacked technical and economic knowledge to do his job effectively. He was much more concerned with lining his own pockets and the building of his own mini-empire, and this split approach of rivals – the so-called polycratic regime – meant that there was no clear, unified direction for the economy. It was time to place someone in charge who could link with the overlapping jurisdictions, and that man – so Hitler decided – was Speer.

Again, like Goering, Speer did not have an economic background. However, on being appointed Minister of Armaments in February 1942, he set out to make his mark. Characteristic of Hitler, Speer was not given a clear remit: the law of the Nazi hierarchical jungle meant that Speer had to compete with others in order to push through the reforms that were needed. Some historians have hailed Speer’s achievements: Layton writes that Speer’s involvement ‘marked the real turning point’ in mobilising the war-time economy, whilst Evans and Jenkins have highlighted Speer’s ‘brilliant technical and organisational ability’.

These achievements are usually noted as being the establishment of a Central Planning Agency that led to impressive results. There was greater planning on the allocation of labour and materials to armaments factories, the use of shift working (to keep factories running 24 hours a day), and the use of mass production methods. Between 1942-1944 German war production trebled, with aircraft production increasing by 200% and tank production increasing by 250%. All of this has been hailed as a “production miracle”.

Despite Speer’s efforts, serious problems remained. There were shortages of vital raw materials, and he was not fully able to overcome the jealously of others in the Nazi management structure. For example, the SS protected its own interests and disagreed with Speer over the use of Jews as slave labour. Furthermore, there was the added pressure of Allied bombing, which destroyed key factories and infrastructure. However, even if we include such set-backs, it could be argued that Speer’s efforts kept Germany fighting in the war for a further two years.

However, all of this has been massively criticised and attacked by historians in recent decades. Many historians contest the notion of a “production miracle”, and have also pulled apart the so-called “Speer Myth”. This is due to Speer manipulating and massaging statistics in his own favour, and with others noting how the reforms were actually due to Speer’s predecessor, Fritz Todt (who died in an airplane accident). It could be stated that the “production miracle” was more propaganda myth than reality. 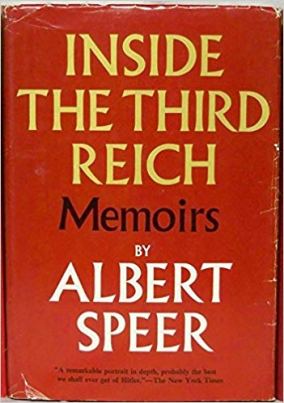 Perhaps much of this attention is due to Speer himself. After the war he was tried at Nuremberg with other leading Nazis, but rather than face execution he found that he was sentenced to two decades in prison. After release, Speer rehabilitated his image with the publication of his memoirs and he he seemed to promote the notion that he was a “Good Nazi”. He stressed that he was apolitical and did not involve himself in the Nazi regime to murder or for racist reasons. However, historians dug deeper into such claims, finding ample evidence to connect Speer to damaging actions within the Holocaust. Rather than remain aloof of the horrors and atrocities, some historians – such as Trommer – argue that Speer was one of the most powerful and unscrupulous leaders.

Speer’s claims have been discredited by historians, but he remains an interesting figure within the Nazi state. An architect who grew in power and stature due to his personal relationship with Hitler, which is – in many ways – incredibly similar to others, notably that of Martin Bormann. I’m intriguing to see how the class react to Speer and his claims. Hopefully it will help inform me further for future cohorts.